In the last three months, our way of life has radically changed. From around the mid-March, when lockdowns were declared in many countries around the world, new needs and concerns emerged which have given rise to behaviour which was unimaginable just a month before, and the vast majority of the population have made increasing use of digital tools. We already know that the internet has played a huge part in people’s ability to cope with the pandemic, but it’s time that we analysed these radical changes to our daily lives and started thinking about the future.

For example, who would have imagined that 1 out of every 14 Europeans would use the internet to learn a musical instrument? Would anyone have thought that 1 in every 10 new e-learners would be learning computer programming. And to add another completely unexpected figure, was there any indication that 1 of every 7 people would use online tutorials to learn how to cut their own hair? These are just some of the curious headlines taken from a study carried out by Mastercard about the impact in Europe of the lockdowns as a result of the COVID-19 pandemic.
Beyond these fascinating facts, the most relevant observation for the business world is the complete shake up and boost in personal and family spending to address previously unidentified needs and concerns. Given that all predictions point towards an economic storm the likes of which hasn’t been seen since the second world war, this could be a sign that maybe, when all is said and done, 2020 might not be completely ruined. In the end, maybe 2020 could help us identify where our efforts should be focused.
Furthermore, given the winds of change blowing in the banking industry and the finance world, the data also suggests that some of these changes have only just begun. The linking of financial and personal data, along with the identification of consumption patterns and trust factors, is today experiencing an unprecedented surge with a view to conquering new heights.
According to Mastercard, online purchases outstripped all other forms of spending in the month of May, with more than half of European shoppers (57%) saying that they are shopping online more than ever with record numbers signing up for virtual experiences. New business models and ways of earning money that would have been considered futuristic just four months ago have been easily embraced and become completely normal.

These virtual experiences range from online fitness classes to visits to museums and other places of interest. In each case, around a quarter of the population has signed up for these kinds of experiences according to the gathered data. And if there’s one type of data that Mastercard has access to, it’s payment data.
Ultimately, all these experiences link in one or another way to the very core of those who are looking to ensure increasingly more efficient and modern financial and banking services. For example, the vast majority of Europeans (87%, according to the study), are careful about what and where they shop online. And 65% say that they are worried about “becoming a victim of online fraud or scamming”. So it should be no surprise, therefore, that 80% check buyer reviews and that nearly a third (31%) will contact new or unknown sellers before making a purchase.
And this trend is likely to continue regardless of whether the pandemic subsides or a vaccine or treatment is found. According to Kantar’s COVID-19 Barometer created in March this year, 20% of consumers around the world claim that they now shop less in physical shops whilst 1 in 3 said they expect to shop more online.
A new study by Kantar, commissioned by Detail Online for France, Germany and the UK, has now shown just how far off predictions were. One statistic in particular tells the story: the share of consumers that do more than half of their total purchases online has increased from between 25% to 80% since the beginning of the pandemic. It’s clear that the lockdown situation has contributed to this, but it is also evident that this impact on shopping patterns will have an effect on all productive sectors.
During the months of lockdown, shoppers have generally prioritised essential goods such as food and medication. But according to this study, spending on clothes, home goods, furniture and electronics will bounce back over the course of the year. In the survey, approximately 80% say that they will return to buying non-essentials online in 2020, with some 60% planning to spend on clothing and electronics. Sports and fashion goods are close behind, with more than half of the market (51%) planning online purchases.

This situation has also led PYMNTS, who specialise in information about payments and mobile payments, to consider some interesting topics about the impact of the COVID-19 pandemic on regulations linked to open banking, something which the authors claim “has generated new questions surrounding these initiatives that regulators are now scrambling to answer”.
“Rising frustration over online payment transaction limits, security and data privacy have begun to crop up now that consumers and merchants are settling into the new normal, showcasing just how rapidly the banking world is changing”, they suggest in this detailed. As an example, they point out that almost 7 of every 10 adults in the UK (69%) prefer contactless payments to cash, with mobile and online payments also on the rise.
“This growth in digital payment volume”, they add, “is testing the open banking networks proposed by regulators in multiple regions”, with intense differences between those regions with specific data protection mechanisms, such as Europe and its General Data Protection Regulations (GDPR), and other regions like the United States, Australia or Canada. In fact, they claim that “the pandemic has essentially stalled the advancement of open banking in Canada as lawmakers grapple to finalize data protection rules there”.
Where concrete regulatory frameworks do exist, such as in Europe, the formidable increase in online consumption has been a genuine acid test for the regulations themselves and revealed “some points of confusion left to clarify… such as if new biometric data such as employees’ body temperatures or geolocations can be collected under GDPR to help minimize COVID-19 exposure risks.”
Ultimately, this challenge is essentially the same as that faced by open banking: “Maintaining the balance between the convenience of the connections open banking enables for merchants and the privacy many consumers are expecting”. The COVID-19 pandemic has shaken up the rulebook to such an extent that it is the regulators who need to “work quickly to catch up”.
Because the economy and society won’t wait. Someone who doesn’t learn to program might learn to play an instrument, and those that don’t do that might learn to cut their own hair. And if there is a solution for a problem, people are ready to pay for it. In other words, to create market opportunities. 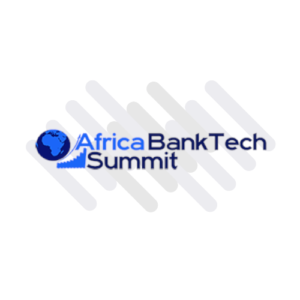 Press Release Madrid, 14th April 2021 GDS Modellica will be a Bronze Sponsor at the 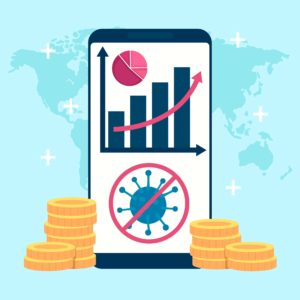 Press Release Madrid, 6th April 2021 The damage caused by the COVID-19 pandemic has had 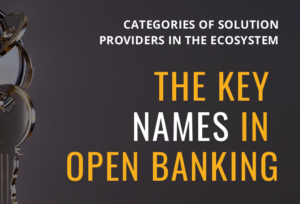 The key names in Open Banking